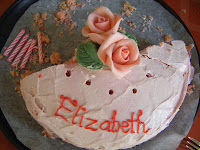 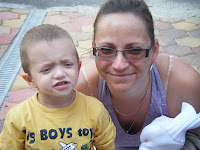 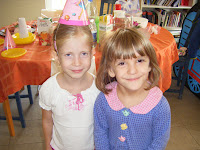 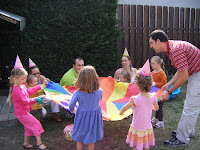 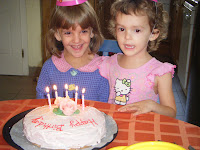 Our daughter, Elizabeth, celebrated her fifth birthday with a small party at our house. The day before the party she ran around the house squealing, hardly able to contain her excitement. We were thrilled that our new Hungarian friends came. It was a great opportunity to get to know them better, and many of them are not believers. At the party we had three special children - one with Turner's Syndrome, one with Noonan's Syndrome, and one with Down's Syndrome. A couple of weeks ago she decided who to invite to her party after our bedtime prayers. When we moved here, God told us that he was going to use our children in a great way. They are to be a special part of God's work here in Hungary.

Our daughter is a real miracle. We are so glad that we have her. When she was still in the womb, we were told that it was OK if we wanted to have an abortion. We didn't know exactly what was wrong with her, but that it would be very wrong to abort. Only one percent of babies with Turner's Syndrome survive the pregnancy. We asked God if he would allow her to live, and he did. I look into her beautiful brown eyes and am thoroughly amazed that we have such a blessing. When I honestly didn't know if we should plan a baby shower or a funeral, God promised that we would see His goodness:

"I would have despaired unless I had believed that I would see the goodness of the Lord in the land of the living, wait for the Lord; be strong, and let your heart take courage; yes, wait for the Lord." Psalm 27:13 - 14

Email ThisBlogThis!Share to TwitterShare to FacebookShare to Pinterest
Labels: Birthday