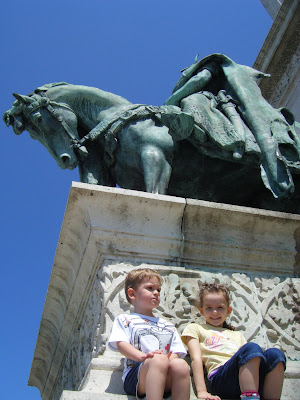 Heroes' Square is such an iconic place in Budapest.....everyone really needs to see it up close and marvel at the sheer size of the statues and be amazed by Hungarian history. We've driven around it and around it many times, but we finally stopped to let the kids run around in the square. There is a great flash mob Christian video on YouTube that was filmed here, and a scene from the movie, An American Rhapsody, was also filmed here. 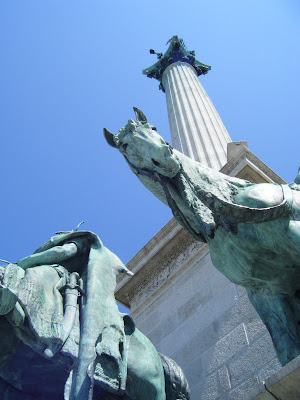 The archangel Gabriel is actually at the top of this column holding St. Stephen's crown and a Christian cross. All the figures pay tribute to renowned Hungarian leaders, and was completed in 1929 to commemorate the Millennium Celebrations of 1896. 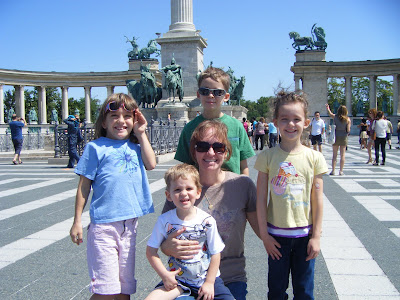 Our kids always enjoy statues, especially when they share a name with one of them. This is our Stephen standing below King Stephen with his left arm raised, holding the Christian cross. He is the one who transformed Hungary by converting the country to Christianity, at least a form of it. 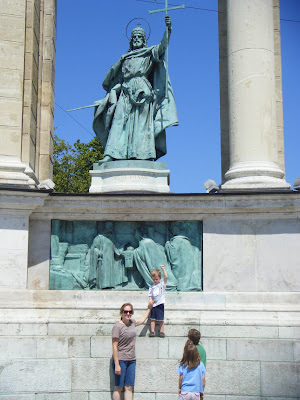 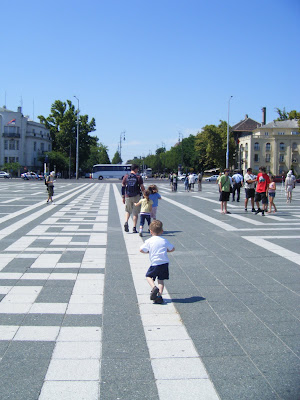 While we ran around, we also ran into many people to talk to about real Christianity - which is about knowing Jesus personally. Wherever we go, whether as a local or as a tourist, there are always opportunities to pray as you go and tell what you know!