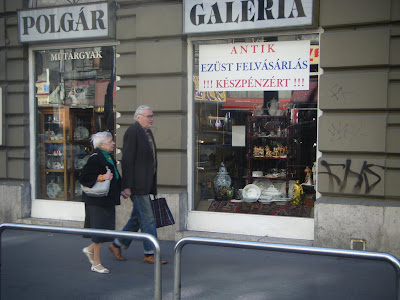 "Why Hungary? Of all the places in the world, why would you chose Hungary?" We have heard this question many times, and the answer isn't always easily understood. Separately we read through job requests for places all over the world - Spain, Venezuela, Mexico, South Africa.....and Hungary. During my time of reading through the requests, I was moved to tears when I read the last one on the bottom of the pile. I had a very small glimpse of light into the dark post-communistic society of Eastern Europe, and saw many Hungarians coming to know Jesus. When we came back together, we had both chosen the same job request. So why this place? You could say that God put the Hungarian people in our hearts. The other requests sounded interesting, exciting, and wonderful, but something was missing......the calling, the passion, the presence of God in leading us to a different people group.


Many people love to talk about missions or say that they're praying for missions. Churches love to support missions, but often missions is just a concept that is too far removed from the everyday American life. It's easy to feel guilty for not having more time or money to do something more for the nations. Let's get real and specific! God is concerned about people - individuals and families all over the world. God calls His followers to respond to Him. If we as Christians are listening to Him, there will be people or peoples that he is leading us to. Not just "missions" in general.....but people.

Missions becomes REAL when we become involved with REAL individuals. Not programs, not offerings, not promotional videos, and not in idolizing missionaries. Who are we concerned about?

Which people are on your heart?